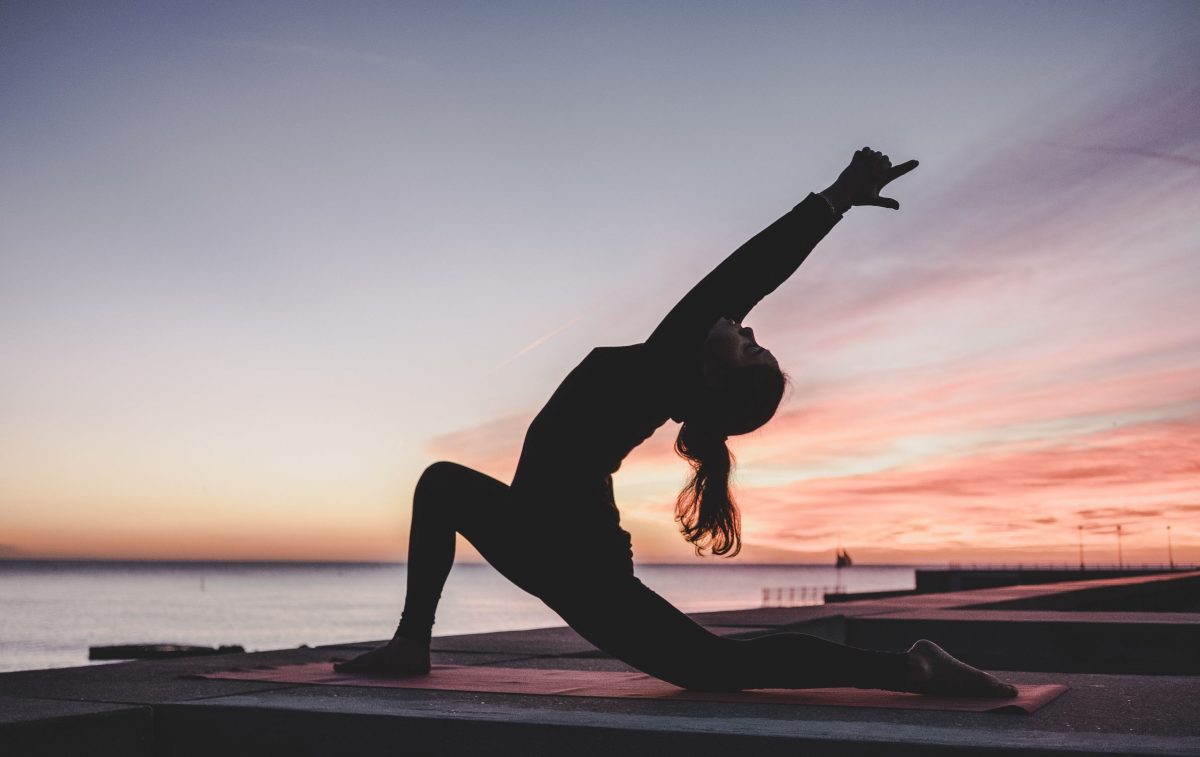 Yoga is attainable to everybody, no matter how fit or flexible. Undertaking a regular yoga practice can bring many benefits both to your body and mind. There are many benefits of practiceing yoga these include: Increases your self-esteem  Many people suffer from low self-esteem, some people handle this in a …

Eating well is vital for good health and feeling revitalized. What you eat can influence how you feel, your ability to concentrate, your ability to enjoy life and your resistance to infections.  I can work with you on a one-to-one basis and guide you through the nutritional maze, helping you … 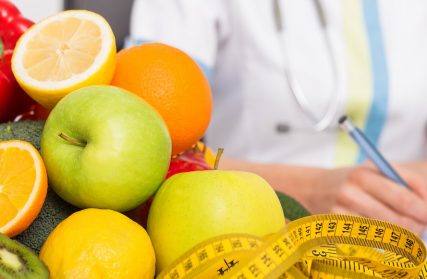 Yoga is a systematic practice, of physical exercise, relaxation, breath control, diet control, positive thinking and meditation, aimed at developing harmony in the body, mind and environment. It is a physical, mental, and spiritual practice or discipline which originated in India over 5,000 years ago. The word yoga was first mentioned in the oldest sacred texts, the Rig Veda.

There are two components in yoga, the philosophy and the practice, with each informing and refining the other, in order to forge a unity of body-mind spirt. Both the practice and philosophy of yoga have a rich depth of knowledge and a long history and are both essential aspects of yoga.

Yoga is a physical, mental, and spiritual practice or discipline which originated in India. There is a broad variety of schools, practices, and goals in

Yoga is a physical, mental, and spiritual practice or discipline which originated in India. There is a broad variety of schools, practices, and goals in Hinduism, Buddhism and Jainism. Among the most well-known types of yoga are Hatha yoga . The origins of yoga have been speculated to date back to pre-Vedic Indian traditions, is mentioned in the Rigveda

The word yoga comes from the Sanskrit word ‘yoke’ meaning “union” or the coming together of.”

“Yoga is merely the practice of restraining the mind from taking any sort of form.”

The Eight limbs of Yoga are core principles that serve as a guide to living a meaningful and purposeful life.

The first limb, yama, deals with one’s ethical standards and sense of integrity, focusing on our behavior and how we conduct ourselves in life. Yamas are universal practices that relate best to what we know as the Golden Rule, “Do unto others as you would have them do unto you.”

The five yamas are:

Niyama, the second limb, has to do with self-discipline and spiritual observances. Regularly attending temple or church services, saying grace before meals, developing your own personal meditation practices, or making a habit of taking contemplative walks alone are all examples of niyamas in practice.

The five niyamas are:

Svadhyaya: study of the sacred scriptures and of one’s self

Asanas, the postures practiced in yoga, comprise the third limb. In the yogic view, the body is a temple of spirit, the care of which is an important stage of our spiritual growth. Through the practice of asanas, we develop the habit of discipline and the ability to concentrate, both of which are necessary for meditation.

Generally translated as breath control, this fourth stage consists of techniques designed to gain mastery over the respiratory process while recognizing the connection between the breath, the mind, and the emotions. As implied by the literal translation of pranayama, “life force extension,” yogis believe that it not only rejuvenates the body but actually extends life itself. You can practice pranayama as an isolated technique (i.e., simply sitting and performing a number of breathing exercises), or integrate it into your daily hatha yoga routine.

These first four stages of Patanjali’s ashtanga yoga concentrate on refining our personalities, gaining mastery over the body, and developing an energetic awareness of ourselves, all of which prepares us for the second half of this journey, which deals with the senses, the mind, and attaining a higher state of consciousness.

Pratyahara, the fifth limb, means withdrawal or sensory transcendence. It is during this stage that we make the conscious effort to draw our awareness away from the external world and outside stimuli. Keenly aware of, yet cultivating a detachment from, our senses, we direct our attention internally. The practice of pratyahara provides us with an opportunity to step back and take a look at ourselves. This withdrawal allows us to objectively observe our cravings: habits that are perhaps detrimental to our health and which likely interfere with our inner growth.

As each stage prepares us for the next, the practice of pratyahara creates the setting for dharana, or concentration. Having relieved ourselves of outside distractions, we can now deal with the distractions of the mind itself. No easy task! In the practice of concentration, which precedes meditation, we learn how to slow down the thinking process by concentrating on a single mental object: a specific energetic center in the body, an image of a deity, or the silent repetition of a sound. We, of course, have already begun to develop our powers of concentration in the previous three stages of posture, breath control, and withdrawal of the senses. In asana and pranayama, although we pay attention to our actions, our attention travels. Our focus constantly shifts as we fine-tune the many nuances of any particular posture or breathing technique. In pratyahara we become self-observant; now, in dharana, we focus our attention on a single point. Extended periods of concentration naturally lead to meditation.

Meditation or contemplation, the seventh stage of ashtanga, is the uninterrupted flow of concentration. Although concentration (dharana) and meditation (dhyana) may appear to be one and the same, a fine line of distinction exists between these two stages. Where dharana practices one-pointed attention, dhyana is ultimately a state of being keenly aware without focus. At this stage, the mind has been quieted, and in the stillness it produces few or no thoughts at all. The strength and stamina it takes to reach this state of stillness is quite impressive. But don’t give up. While this may seem a difficult if not impossible task, remember that yoga is a process. Even though we may not attain the “picture perfect” pose, or the ideal state of consciousness, we benefit at every stage of our progress.

Patanjali describes this eighth and final stage of ashtanga, samadhi, as a state of ecstasy. At this stage, the meditator merges with his or her point of focus and transcends the Self altogether. The meditator comes to realize a profound connection to the Divine, an interconnectedness with all living things. With this realization comes the “peace that passeth all understanding”; the experience of bliss and being at one with the Universe. On the surface, this may seem to be a rather lofty, “holier than thou” kind of goal. However, if we pause to examine what we really want to get out of life, would not joy, fulfillment, and freedom somehow find their way onto our list of hopes, wishes, and desires? What Patanjali has described as the completion of the yogic path is what, deep down, all human beings aspire to: peace. We also might give some thought to the fact that this ultimate stage of yoga—enlightenment—can neither be bought nor possessed. It can only be experienced, the price of which is the continual devotion of the aspirant.

Meditation is a practice where an individual trains the mind or induces a mode of consciousness, either to realize some benefit or for the mind to simply acknowledge its content without becoming identified with that content, or as an end in itself.

In the Yoga Sutra, Patanjali gives instruction on how to meditate and describes what factors constitute a meditation practice. The second sutra in the first chapter states that yoga (or union) happens when the mind becomes quiet. This mental stillness is created by bringing the body, mind, and senses into balance which, in turn, relaxes the nervous system. Patanjali goes on to explain that meditation begins when we discover that our never-ending quest to possess things and our continual craving for pleasure and security can never be satisfied. When we finally realize this, our external quest turns inward, and we have shifted into the realm of meditation 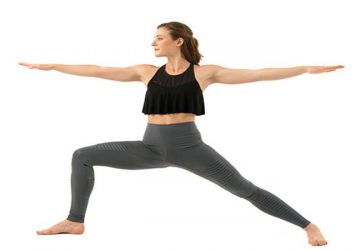 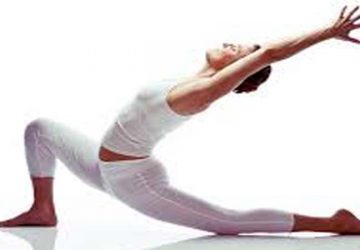 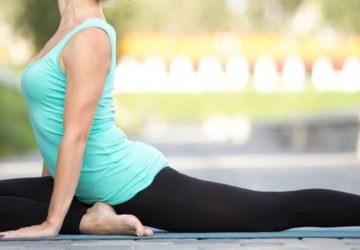 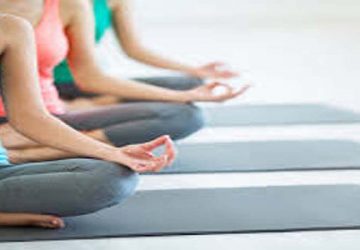 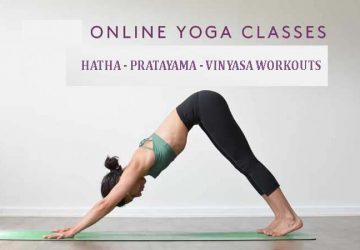 Yoga has moved online! Although we are social distancing you can still get the benefits of a yoga practice in the comfort of your own home. Book and pay for your space online and you will be sent the link to our online Zoom Class 15 minutes before the class … 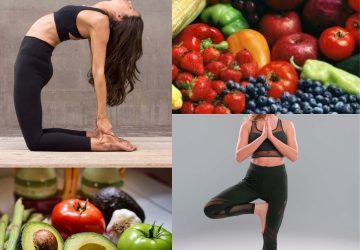 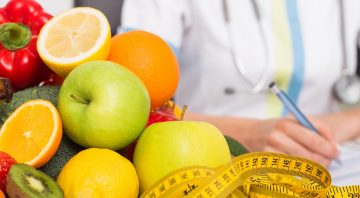 Eating well is vital for good health and feeling revitalized. What you eat can influence how you feel, your ability to concentrate, your ability to enjoy life and your resistance to infections.  I can work with you on a one-to-one basis and guide you through the nutritional maze, helping you … 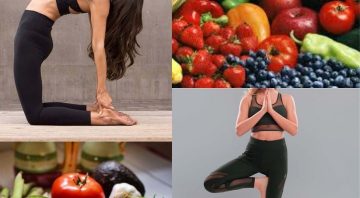 Do you need some motivation with your diet and exercise plan? Felling sluggish having gained weight during lockdown? My eight-week plan consists of a weight loss plan tailored specifically for you and includes a weekly hour-long 1-1 personalized yoga session which can take place either in your home or via …

How to eat healthily

Yoga is a physical, mental, and spiritual practice or discipline which originates in India. Yoga asanas are effective and simple body movements that tone the whole body, whilst massaging the muscles and lubricating the joints. Yoga postures help to keep the body healthy and the mind calm. Yoga aims to create a balance between the body, mind and spirit.

Not only can yoga make you more flexible and reduce stress, it can also make your body strong. You’ll develop long, lean muscles that hug onto your bones and make you feel great. Rather than building muscle bulk, yoga builds core strength through simply organizing your body to activate and move, just by using your own weight. 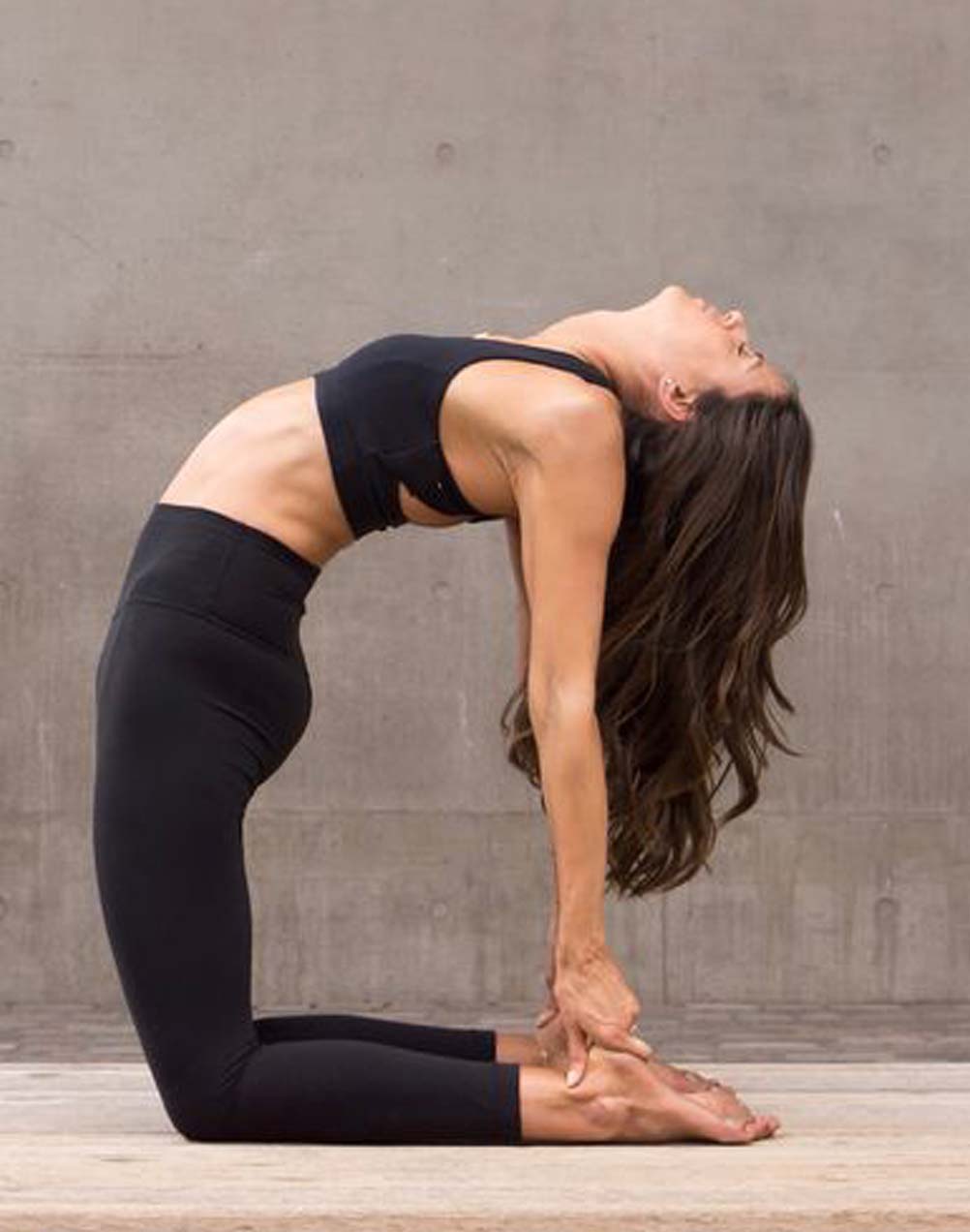 Yoga is a physical, mental, and spiritual practice or discipline which originated in India. There is a broad variety of schools, practices, and goals One of the first and most obvious benefits of yoga is improved flexibility. Many people are unable to touch their toes during their first class but stick with it and you will gradually notice increased flexibility and eventually, even the impossible-looking poses will become possible. When you build strength with yoga you balance it with flexibility as opposed to the gym where you just build strength

Whilst Asana and pranayama are likely to improve immune function, it has been scientifically supported that meditation has a beneficial effect on the functioning of the immune system, giving it a boost when needed. It can also bring a peacefulness and calmness to your day, allowing you to view problems with a different perspective.